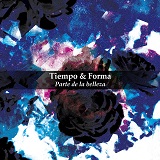 Parte de la belleza (Part of the beauty, in english) is the first Tiempo & Forma LP, and it's also a compilation.
Tracks 1 to 5 were recorded on 2013.05.04 in Riding A Wave Estudio by Roki Romero.
Tracks 6 to 8, were recorded at home, as demos. And at last track 9 were recorded live.
I pretended to made the whole record with the recording session in Riding A Wave.
But hearing some in my soundcloud I just found some tracks I really like, and I just included them, those versions.
Diego Centurión mixed all the tracks, and Ligia Berg made the whole graphic art.

Uploaded by Petroglyph Music on April 8, 2014